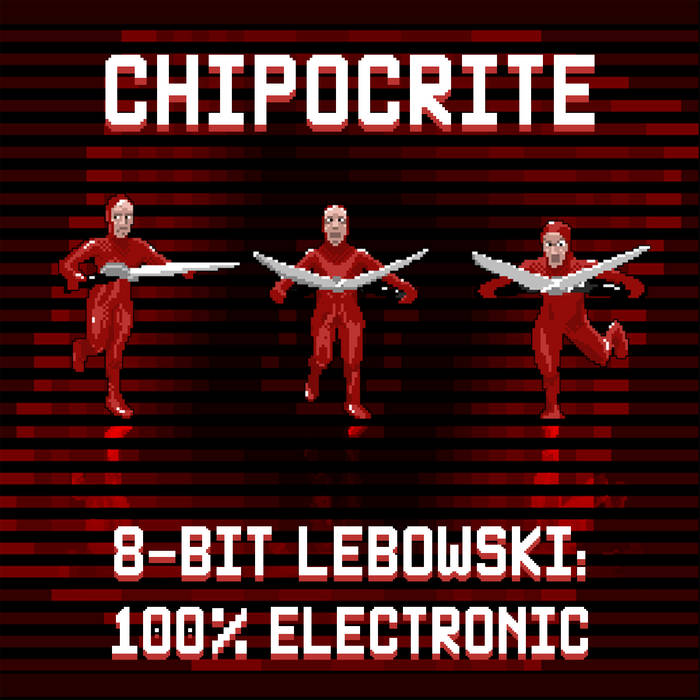 doomcup The soundtrack of an excellent movie, rendered lovingly in chiptune form. What's not to like? Favorite track: Lookin’ Out My Back Door.

Nicholas Michaels As a fan of this movie and Chipocrite, this is awesome! Favorite track: Hotel California.

So, in honor of the movie's 15th anniversary (the very date of this EP's release!), here you have it, to listen at your own leisure, whether through your car’s tape deck (provided it’s not stolen), with your significant other (provided she’s not kidnapped) or during a chilled-out rug meditation session (provided the rug, also, is not stolen). Best of all, it’s not, ugh, techno-pop.

Entirely arranged for one Game Boy running LSDJ, “8-Bit Lebowski” is dedicated to all the Achievers out there who have faith that the bums DON’T always lose. Please, enjoy it, down through the generations, westward the wagons, across the sands of time until we — aw, look at me, I’m rambling again. I hope you abide.

This album contains six licensed cover songs, including:
"Tumbling Tumbleweeds" by Sons of the Pioneers
"The Man In Me" by Bob Dylan
"Lookin' Out My Back Door" by Creedence Clearwater Revival
"Traffic Boom" by Piero Piccioni
"Hotel California" by The Gipsy Kings
"Just Dropped In (To See What Condition My Condition Was In)" by Kenny Rogers & The First Edition

All songs are licensed covers arranged for Nintendo Game Boy by Chipocrite. This is a fan-made cover album of songs contained and referenced by the film "The Big Lebowski" and is not associated with or authorized by the Coen brothers, PolyGram or Working Title Films.